Mount Moresby Adventure Camp Society aims to strengthen the connections between youth and the diverse natural and cultural landscapes of Haida Gwaii through experiential education.

The Mount Moresby Adventure Camp Society is overseen by a Board of Directors with extensive experience in education, comprehensive knowledge of how to successfully run a Society, and passion for providing Haida Gwaii youth with outdoor learning experiences. The following is a list of our current board members and their positions: 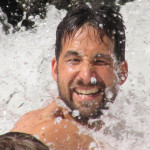 Toby has been employed in youth programs for more than 20 years as a guide, mentor, instructor and workshop facilitator. He has experience in public and alternative school program development and has worked as an instructor at the camp for the past 8 years. In 2012, he co-developed the Outdoor Education Program for the Mount Moresby Adventure Camp Society.  He has field experience in wildcraft, single and double rope tree climbing, canoe and kayak guiding, bicycle touring, skiing/snowboarding, wilderness first aid and search and rescue.  All-time favorite activities: Minimalist camping and cooking outdoors. 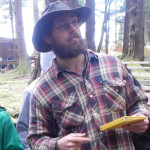 Stu has worked as a natural science educator for youth in the outdoors since 1998.  He moved to Haida Gwaii in 2011 and began working at Mount Moresby Adventure Camp.  When he is not working with youth, Stu runs an environmental consulting business and works as a professional biologist.  Stu has degrees in biology and ethnobiology, and is knowledgeable about a wide range of different plants, animals, and fungi, as well as their traditional uses, preparation, and cooking.  He is also experienced in wildcraft, canoe guiding, tree climbing, and as an ambulance paramedic.  His favourite pastime is exploring the flora and fauna of Haida Gwaii and learning which are tasty to eat.

Kieran has been living on Haida Gwaii since 2011 and has been volunteering and working at MMAC ever since. He is a builder of Skin-on-Frame kayaks and has paddled extensively in water-crafts he has made. In 2013, he hosted a kayak building workshop with island youth, and in the course of two weeks produced eight community owned, sea-going kayaks. Kieran’s interests are botany, carving, and survival skills.

Douglas has worked in kitchens since he was teenager in New Zealand, cooking and catering in New Zealand, Australia, Italy and Canada. He is committed to serving up tasty meals using as much local, fresh and whole food as possible. Outside of the kitchen he is drawn to the water. He has surflifesaved, worked as a life guard and swim instructor, sailed in the South Pacific and Southeast Asia and had the honour of working as a marine educator, exploring the fringes of the Pacific with groups of eager young learners.

Edda was a participant of the Mount Moresby Adventure Camp in the first year it took place twelve years ago. She has been attending the camp every chance she could since that first summer. Her favourite activities at camp have always been swimming and fishing for trout in Mosquito Lake. Now twelve years of being a participant later, Edda is back at camp for her third year as Instructor. 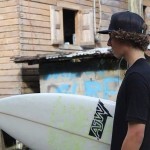 Ravi was born on Haida Gwaii and has spent the majority of his life here. He attended the Mount Moresby Adventure Camp throughout his childhood, and credits the experience for showing him he is happiest when in the outdoors. Ravi has developed a love for the ocean and spends most of his free in and around the water. 2018 will be Ravi’s third season as Instructor. He hopes to help the kids find that same passion for adventure.